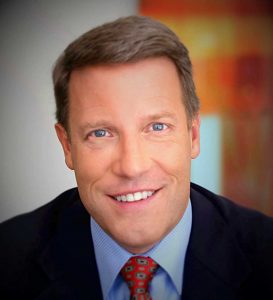 As a result of this failure of leadership, there have been 19,479 gun deaths and another 29,402 gun-related injuries in the United States since the current congress, including my opponent, took office at the beginning of 2015.

Rep. Ryan Costello issued a statement announcing that he will, in essence, do nothing to address the epidemic of gun violence and mass shootings, and imploring all of us not to “point fingers.”

My opponent does not want any fingers pointed because he knows that those fingers point straight to him and all of those, regardless of party, who vote in lock step with the NRA. He does not want to take responsibility or be called out for his complicity in these horrible events.

Make no mistake my opponent is complicit. He is complicit through his dedication to the agendas of the special interests, like the NRA, who fund his campaigns; his failure to take the lead in sponsoring responsible gun safety laws; and his eagerness to roll over and support Donald Trump, who gleefully used the Orlando tragedy to proclaim that he was right to be an intolerant bigot.

This should shock no one. According to the Philadelphia Inquirer, in 2014, Mr. Costello was among the top candidates to receive the NRA’s support.   He received nearly $10,000 dollars directly from the group, close to the maximum they are allowed to contribute by law, and thousands more in the form of independent expenditure support.

Congressman Costello’s support for the NRA and its radical and illogical opposition to common sense gun safety laws – laws that would make us all safer while respecting our Second Amendment rights – puts him outside the mainstream of our community.

The NRA is not the organization it once was. Instead of speaking for responsible gun owners and being a reasonable voice for defending our Second Amendment rights, the NRA has become a radical organization that represents gun manufacturers seeking to boost their bottom lines by any means necessary. That is why, despite being a gun owner, I have not sought nor would I accept the support of the NRA in this campaign

In Congress, I will not sit idly by in the face of tragedies like this. I will stand with our community, our children, law enforcement and first responders. I will be a leader, take action and work across the aisle to achieve meaningful, common sense reforms that will promote responsible gun ownership and protect our Second Amendment rights, while addressing the epidemic of mass shootings and gun violence that plagues our nation.

If you are a responsible gun owner, know that I will fight for you and for the Second Amendment rights of all Americans, just as I will fight to make our communities safe from the scourge of gun violence at the hands of radicals, criminals and those suffering from certain mental illnesses. I will support renewing the assault weapons ban, instituting a ban on high capacity ammunition magazines, thorough background checks for gun purchasers, closing the gun show loophole, and preventing individuals who are on the no-fly list from being allowed to purchase guns. I will also work to make sure that new gun owners receive proper training in the use, maintenance and storage of legal firearms to empower them to be truly responsible gun owners.

We have no time for my opponent’s thoughts and prayers when what we need is courage, leadership and action.

Mike Parrish of Malvern is the Democratic nominee for the Sixth Congressional District.